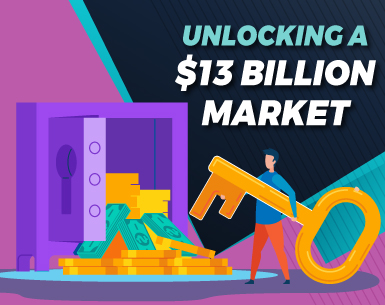 We had an overwhelming response to the white paper about the full-page advertising industry which was announced on Yahoo Finance and MarketWatch last week.

Using AdMaven data, the white paper is the ultimate guide for publishers and advertisers to understand how full-page advertising formats have quietly grown into an industry estimated to be worth over $13 billion – with Google and Facebook leading the pack.
The FPA (full page advertising) market was around $1 billion when the first iPhone launched in 2007. Since the birth of mobile app advertising, FPA has grown by more than 1,300 percent and became one of the mainstream forms of digital advertising. However, the main beneficiaries of this growth have been Facebook & Google.

Contrary to popular belief, FPA is used, one way or another, by almost every major brand. What’s more, it is a much safer way to advertise and protect a brand since there is a clear distinction between the publisher’s content and the full-page ad.
Today, especially with the meteoric growth of mobile advertising, full-page advertising formats has quietly grown into an industry estimated to be worth over $13 billion – with Google and Facebook leading the pack. But how is this impacting publishers and advertisers? Which tools and formats are sustainable in the long-term to reach their audience?

Don’t get left behind and download your copy now! 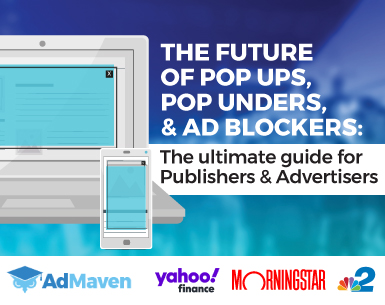 Do you rely on pop-ups and push ads as your main source of revenue? Uncertain about how Google’s regulation around adblockers might impact your business?

We’re excited to share with our customers a new white paper titled: “Full Page Advertising: Trends and Opportunities.” You will be able to learn how full-page banners, pop-ups, interstitials, and other full-page formats have evolved into a $13 billion industry, and why they are thriving in the current online advertising landscape.

This resource was created by WebPick in collaboration with AdMaven as the ultimate guide for advertisers and publishers – a resource that explains everything you need to know about the past, present and future of full-page advertising formats. You will learn about all the targeting options available, the advantages and disadvantages of the different advertising tools, and how to overcome regulatory challenges to grow your ad revenues.

Inside the white paper you will also discover: 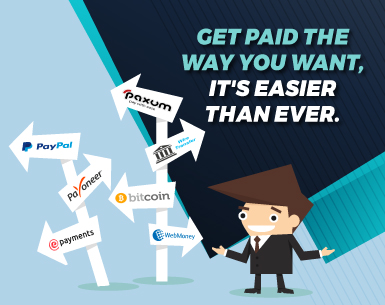 Getting paid with AdMaven is now easier than ever!

As part of the efforts we make to assist our publishers and make their life easier, we just added 3 new payment methods to our panel.

In addition to the various methods already available on our panel, starting October, our publishers can receive their payments also through Paxum, WebMoney, and Epayments.

All you have to do is log in to your dashboard and set your desired payment method.