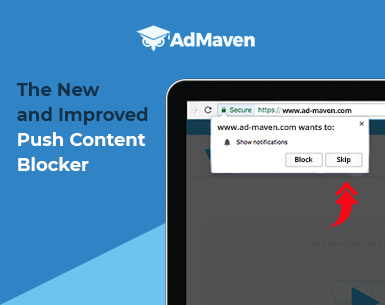 Our new and improved Push Content Blocker is now available for selected publishers.

We can already see that publishers who previously implemented the Native Push and the In-Page Push are reporting over 30% increase in subscriptions.

The product has 2 different modes:

The best way to use this product is different for each publisher. In every website there are specific “locations” when the users are most engaged with the content on the site. Identifying these “locations”, whether it’s between articles, before the search results, or elsewhere, and implement it there, will give you a better chance to collect more subscribers. 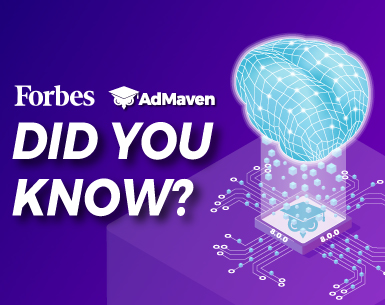 Read on Forbes about AdMaven latest version of its optimization engine – http://bit.ly/2Wmby1E or scroll below to read.

The new version is based on a series of stacked algorithms, in order to match the right ad at the right time, to each impression, based on millions of features.

In addition, this latest version enables advanced personal targeting for dozens of various parameters. Also, retargeting abilities were added, allowing every advertiser to retarget his audience through AdMaven. A very interesting implication is to reengage their high intent audience with push notification actively.

The company is focused on creating value through constant improvement of its optimization engine, in order to match the right ad to every impression. The team working on the development of the engine includes 10 data scientists, veterans of elite technological units in the IDF, and top academic researchers with advanced degrees in statistics and mathematics. The customer service department for advertisers and publishers is led by the most experienced and professional employees in the market, unlike many companies where customer service is operated mainly by inexperienced employees. AdMaven has reported a surge of thousands of new advertisers and publishers joining their platform in the past year, making them a dominant player in the market, and one of the biggest advertising networks in the world, with over 5 billion daily impressions.

The company’s solutions include content recommendations, push notifications, banners, Lightbox ads, text ads, interstitial ads and more. The company invests heavily in monitoring the quality of its traffic and ads content, using leading companies in the fraud detection industry, as well as designated teams, working 24/7 screening the data in real-time to identify abusive images and texts, as well as traffic sources which shows abnormal behavior.

Ad Maven operates as a self-service system, in which any advertiser, who successfully passes the compliance process can start advertising within minutes.